On February 1, Novosibirsk entrepreneurs met with the Chinese delegation headed by the head of the Department for Attracting Investments of the Administration of the People’s Government of Karamay, Xinjiang Uyghur Autonomous Region of the People’s Republic of China Mr. Yan Lijun took place at the Novosibirsk City Chamber of Commerce and Industry.

Executives and top managers of 12 Chinese companies, providing transport and logistics, marketing services for the sale of Russian products in China, took part in the negotiations from the Chinese side.

Yan Lijun presented the economic potential of the city of Karamay. According to his words, the extraction and processing of oil is the basis of the city’s economy. Today, annual oil production is about 11 million tons. GDP per capita is about 36 thousand dollars per year, it is one of the highest rates in China. More than 100 companies of the city are engaged in the production of various equipment for extraction and processing of oil and petroleum products. Nevertheless, it is planned to develop other spheres of economy, in particular, information and medical technologies, finances, tourism and logistics. The head of the delegation spoke about the developed transport network of the region, which contributes to deliveries of goods from Russia.

The search for new partners became one of the reasons for the visit of the delegation to the Novosibirsk region. In particular, the Chinese side is interested in joint work in such areas as the cross-border e-commerce, the creation of bonded warehouses for the placement and sale in China of environmentally friendly agricultural products of Novosibirsk companies. 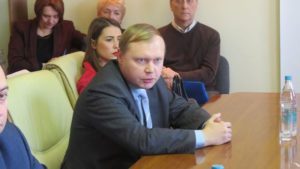 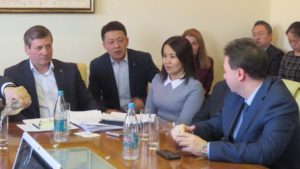 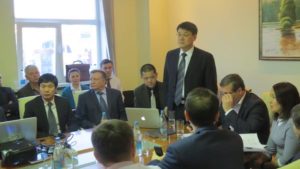