Collaboration with Tashkent region was discussed in Novosibirsk

On October 1, a meeting with a delegation from Tashkent region of the Republic of Uzbekistan, headed by the Deputy Governor of the Tashkent region Jamshid Abdusalamov, was held in Novosibirsk City Chamber of Commerce and Industry.

Uzbek part in the negotiations was represented by the Consul General of the Republic of Uzbekistan in Novosibirsk Yusup Kabuljanov, the Governor of the Akhangaran city Odiljon Juraev, the Head of the Department for Investment Projects in Tourism Ulugbek Asadullaev.

The President of the Chamber Yuri Bernadsky greeted the delegation, and noticed that the external turnover between Novosibirsk and the Republic of Uzbekistan increased twice in 2018.

Yusup Kabuljanov expressed his gratitude, emphasized that Tashkent region was the biggest region of the Uzbekistan Republic, and included rich natural resources, which promoted the development of the metallurgical, metal-based manufacturing industry and jewelry production.

Jamshid Abdusalamov presented the economic potential of Tashkent region and told that a favorable investment climate had been created there; foreign investors were provided with benefits and preferences.

There were a great potential in Siberia in a purpose of collaboration. For example, the fruits and vegetables distribution center can be established for spreading the products to other Siberian regions.

During the meeting, representatives of Novosibirsk and the Republic of Uzbekistan agreed to strengthen cooperation and to organize joint events. 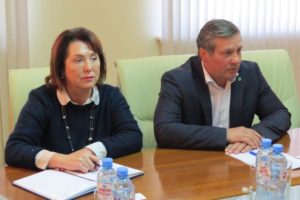 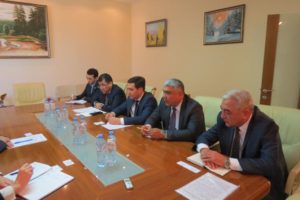 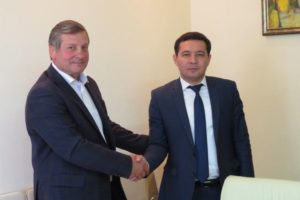