Cooperation between Novosibirsk and Belarusian business was discussed in NCCCI

Mr. Meleshkin expressed gratitude for the reception and noted that he was appointed to the position of the Deputy Chairman of Belarusian Chamber of Commerce and Industry (BelCCI) in March 2020. Therefore, the main purpose of the visit to the NCCCI is personal acquaintance, establishment of further cooperation between the chambers of commerce and industry of the Republic of Belarus and the city of Novosibirsk, discussion of the prospects and plans for cooperation under the Agreement on Cooperation between the NCCCI and the BelCCI signed in 2014.

A meeting with entrepreneurs of the Novosibirsk region organized together with the NCCCI, which would be held in the center «My Business» on June 17.

During the negotiations at the NCCCI the parties agreed on cooperation in the international sphere.

Yuri Bernadski noted that the 2020 haв forced to switch to new formats of work. Last year almost all international events of the NCCCI were held online, including online negotiations of entrepreneurs from both countries were organized together with the Minsk branch of BelCCI.

Tatiana Bernadskaya pointed out that one of the strategic directions of the Chamber is the development of international cooperation. Every year the NCCCI forms business missions of Novosibirsk businessmen both abroad and within Russia, as well as organizes the reception of foreign delegations in Novosibirsk. 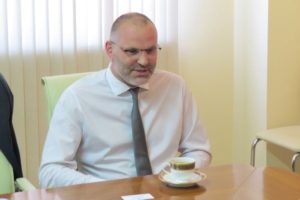 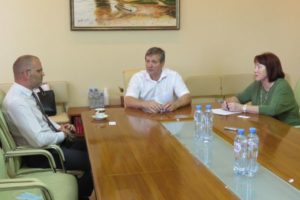 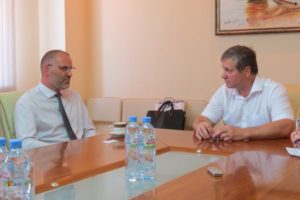