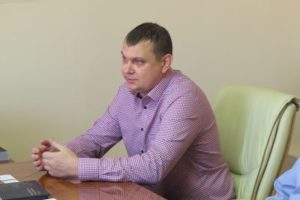 Among the branches of economy in demand in India Mr. Ostapkevich mentioned the following: pharmaceutical, agricultural machine building, car manufacturing and metallurgy, namely the equipment and the chemical components used in the metallurgical industry. Indian companies are interested in technology, creating a joint venture, industrial and scientific cooperation. 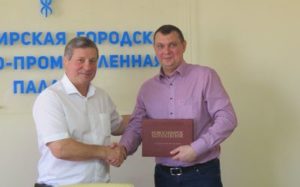 Yuri Bernadsky told about the activities of Novosibirsk City Chamber of Commerce and Industry, one of the priorities of which is the search for new partners for Novosibirsk companies abroad.

Tatyana Bernadskaya pointed out that the Chamber annually forms business missions of Novosibirsk entrepreneurs both abroad and in Russia, as well as organizes the reception of foreign delegations and B2B negotiations in Novosibirsk.

Summarizing the results of the meeting, the parties agreed to cooperate and organize joint events, aimed at the strengthening of business contacts between entrepreneurs of the two countries and the promotion of Russian companies in the Indian market.