Novosibirsk entrepreneurs discussed areas of cooperation with partners from Harbin

On September 15 there were business negotiations of Novosibirsk and Chinese entrepreneurs. The event was organized by the Novosibirsk City Chamber of Commerce and Industry (NCCCI) and the Harbin Committee for the Promotion of International Trade.

The event was attended by the Mayor of the People’s Government of Harbin Zhang Chixiang, Consul General of the Russian Federation in Harbin Vladimir Oshchepkov, Deputy Minister of Economic Development of the Novosibirsk region Anna Pavlova, vice-mayor of the People’s Government of Harbin Guo Xianmin, President of the NCCCI Yuri Bernadsky, President of the Harbin Committee for the Promotion of International Trade Jiang Xiaoyin, more than 70 of Novosibirsk and Harbin foreign trade companies.

Welcoming speech to the participants of the event was made by Mr. Zhang Chixiang. He noted the increase of Russian-Chinese cooperation in various sectors of the economy and the great investment potential of Novosibirsk and Harbin.

Vladimir Oshchepkov emphasized that cooperation between Russia and China has now reached an unprecedentedly high level, becoming a model for interstate cooperation in the XXI century. Despite the unstable economic situation, the Russian-Chinese cooperation is showing steady growth. According to the results of 8 months of 2022, trade turnover between the countries increased by 31.4 %, reaching $ 117 billion. Consul General expressed hope for a successful outcome of the negotiations for the entrepreneurs of the two countries.

Anna Pavlova noted that the partnership with China plays an important strategic importance for the Novosibirsk region: 30% of all foreign economic transactions fall on the People’s Republic of China. According to the results of the first half of the year the trade turnover between Novosibirsk and China increased 1.5 times and reached 1.5 billion dollars. Anna Pavlova expressed confidence in continuation of productive cooperation of Novosibirsk region with China in different branches of economy.

Ms. Guo Xianmin presented the investment potential of the city of Harbin, described the business environment and spoke about the benefits for foreign companies in Harbin.

Yuri Bernadsky, welcoming the participants of the event, said that the talks are intended not only to strengthen the cooperation in economic, scientific and technical terms, but also to identify new directions of development of bilateral relations between the companies of both countries. The objective of the Novosibirsk Chamber of Commerce and Industry is to promote the implementation of foreign economic projects of the Novosibirsk companies by supporting their export-import deliveries.

Jiang Xiaoying told about the support rendered to businessmen by the International Trade Promotion Committee and expressed a hope that new platforms for the development of partnership with Russian businessmen will be developed.

During business negotiations there was signed an agreement on cooperation between Novosibirsk City Chamber of Commerce and Industry and the Harbin Committee for Promotion of International Trade in the development of foreign economic relations of enterprises of Siberia and the Heilongjiang Province.

Chinese participants of the forum demonstrated the possibilities and potential of their enterprises. Thus, from the Chinese side were presented Heilongjiang Pilot Free Trade Zone, bonded zone, projects in the food industry, science and technology and attracting investments.

As a result of the meeting, entrepreneurs of the two countries exchanged useful contacts to expand further cooperation. 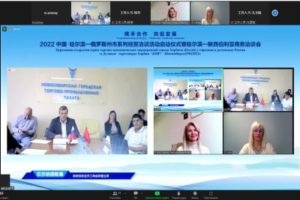 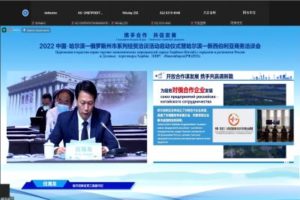 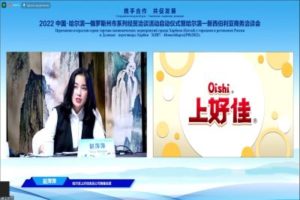 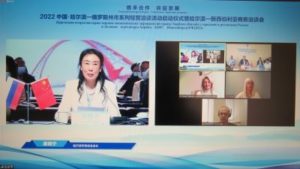 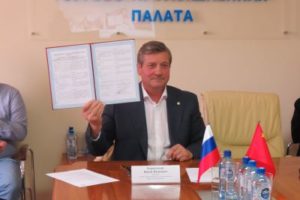 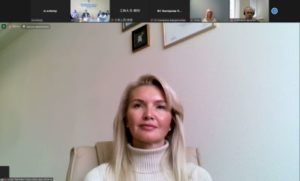 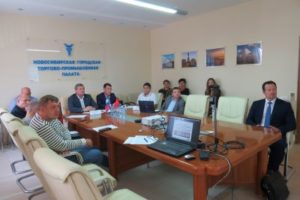