The event was attended by the Deputy Trade Representative of the Russian Federation in the Islamic Republic of Iran Andrey Blinnikov, Deputy Minister for Economic Development of the Novosibirsk Region Anna Pavlova, General Director Counselor for international affairs Vasiliy Plotnikov, and about 35 companies, who aimed at exports. 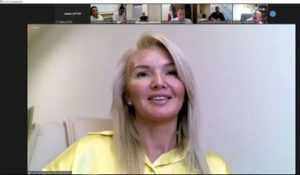 Anna Pavlova welcomed the participants of the event. She told about the trade and economic relations between Iran and the Novosibirsk region, noting that the trade turnover between the region and Iran in 2021 amounted to 50 million dollars. Novosibirsk businessmen export machinery and equipment, boilers and buy plastics, chemical products and foodstuffs from Iran. Anna Pavlova expressed hope for the further development of mutually beneficial cooperation with Iran.

Andrey Blinnikov spoke about the economic situation of Iran, the main directions of economic development of the country, the trends of foreign trade 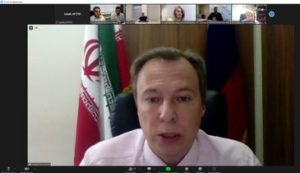 cooperation in the current geopolitical situation. At the end of 2021 the trade turnover between Russia and Iran increased by 8% and amounted to about $ 4 billion, of which $ 3 billion are Russian exports. Deputy Trade Representative of Russia in the Islamic Republic of Iran noted a number of aspects that hinder the favorable conduct of business relations between entrepreneurs of the two countries: the difference of mentalities, culture, the complexity of foreign exchange transactions, poor logistics, the quality of goods supplied to Russia.

During the online-meeting the Deputy Trade Representative of Russia in the Islamic Republic of Iran answered the urgent questions of entrepreneurs of Novosibirsk region and said that Russian businessmen have to know about economy of Iran, culture and traditions of doing business before entering the market of the country.

Summarizing the results of the videoconference Andrey Blinnikov noted that the Trade Representation is ready to assist the enterprises of the Novosibirsk region in promotion of their products in the Iranian market, selection of partners and holding negotiations with the Iranian business.