On September 8 in the mixed format in Xiamen the Russian-Chinese roundtable devoted to the bilateral cooperation in the field of investments was held.

CIFIT is one of the largest global investment events, which includes investment and trade fair, international investment forum (IIF), a series of seminars on topical investment issues and investment project selection symposiums.

The roundtable was attended by the Trade Representative of the Russian Federation in the People’s Republic of China Alexei Dakhnovsky, representatives of the Xiamen City Government, management of BRICS countries, the Import-Export Chamber of Xiamen City, Novosibirsk City Chamber of Commerce and Industry (NCCCI), as well as representatives of Russian and Chinese companies who participated in online and offline formats.

Aleksey Dakhnovsky welcomed the participants of the round table and spoke about the investment potential of Russian regions. The Trade Representative noted that the largest investment projects are in agriculture, mining and processing of minerals, infrastructure construction and industry. China is a key investment partner of the Russian Federation. The trade turnover between Russia and China in the first eight months of 2022 increased by 31.4% to $117.2 billion. The volume of exports from Russia to China increased by 50.7% to $72.95 billion.

The roundtable provided information on the Xiamen experimental free trade zone, as well as the conditions offered to its residents.

From the Russian side the projects of individual domestic companies were presented, including JSC «Corporation of the Far East and the Arctic», JSC «Irkutsk Region Development Corporation», Investment Promotion Agencies of Novosibirsk and Lipetsk regions, the Department of International Relations of Moscow, Innovation Center «Skolkovo», Krasnoyarsk region (project «Yenisei Siberia»), the Republic of Tatarstan, the Republic of Sakha (Yakutia).

At the end of the meeting entrepreneurs of the two countries exchanged useful contacts for further cooperation.

One of the main objectives of the NCCCI is creation of favorable conditions for business development. By organizing business missions of Novosibirsk companies to other regions, holding B2B events the Chamber helps them to find new business partners and consumers of products and thus expand their business by entering new markets. 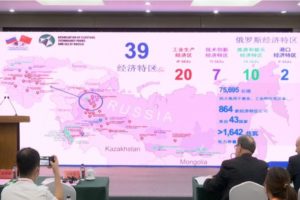 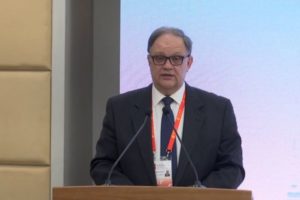 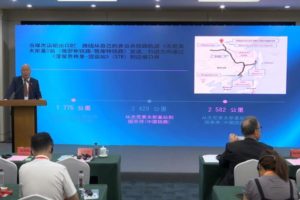