On August 26, entrepreneurs from Novosibirsk met with the delegation from the Republic of South Africa. The meeting took place in the NCCCI.

Russian side in the negotiations was represented by: the president of the NCCCI Yuri Bernadsky, the Head of international cooperation and foreign affairs committee of the Interregional Association of the Economic Cooperation of the Constituent Entities of the Russian Federation “Siberian Accord” Adkady Kurmakaev, Director of Bolid LLC Leonid Sarin, Director of the Dary Ordynska Shakir Suleymanov, Sky Group President Vladimir Litvinov, Ecomer LLC General director Oleg Kachalov, Director of the MediKraft Artem Yudin, Elektro Direct Director Pavel Sosnovsky Chief engineer of the Institute of applied physics Sergey Devyatkin and representatives of other companies.

Yuri Bernadsky greeted the participants of the meeting and noted that directors of Novosibirsk companies representing various spheres of Novosibirsk region economy have an interest in cooperation with the Republic of South Africa. Despite the distance between two countries the turnover between the Republic of South Africa and Novosibirsk region in the six months of 2021 increased by four times as compared with the previous year, which is a good sign for future cooperation.

Mr. Mudimeli Madivha Aaron recalled that Russia and South Africa are members of BRICS and South Africa sees Russia as a strategic partner. According to the Counselor, the economic policy towards Russia is built not only at the highest level, but also at the regional level. The main purpose of the current visit is to get acquainted with the economic potential of the Novosibirsk region and determine which regions of South Africa will be most interesting for the Novosibirsk business.

Mr. Mudimeli noted that the Republic of South Africa is the third largest exporter of citrus fruits to Russia, accounting for 32% of all exports to Russia. South African products meet EU quality standards, and South African representatives would like to see products from South Africa represented not only in Moscow and St. Petersburg, but also in other regions of Russia.

There was not a first visit of the Republic of South Africa to Novosibirsk city, which underlines the South African partners’ interest in developing long-term trade and economic relations between the two countries. 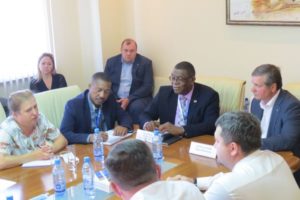 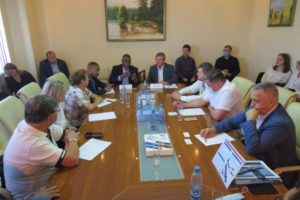 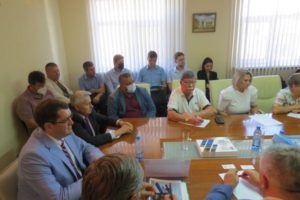