On August 26, during the visit of an Iranian delegation to Novosibirsk for the VIII International Forum of Technological Development «TECHNOPROM-2021” a meeting with the Ambassador of the Islamic Republic of Iran to the Russian Federation Mr. Kazem Jalali held in the Novosibirsk City Chamber of Commerce and Industry

Mr. Kazem Jalali thanked the host for the organization of the meeting and the interest in economic cooperation with the Islamic Republic of Iran. He noted that he was visiting Novosibirsk region for the first time, but he was sure that there are many points for economic interaction between Iran and Novosibirsk.

Addressing to the participants of the meeting Yuri Bernadsky underlined that Novosibirsk business has an interest in cooperation with the Iranian business. That is why the Novosibirsk City Chamber of Commerce gathered representatives of companies representing various spheres of Novosibirsk economy — electrical industry, construction, agriculture, transport and logistics, scientific research, education, medicine.

At the end of the meeting, the Ambassador of the Islamic Republic of Iran to the Russian Federation Mr. Kazem Jalali expressed his gratitude to the participants of the negotiations. During the negotiations, specific companies were identified in cooperation with and there is a mutual interest, which give hope that the contacts established today would lead to the implementation of business projects in the future. 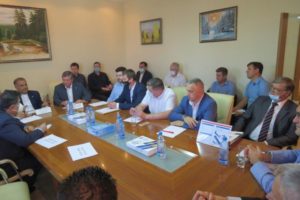 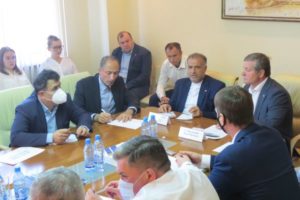 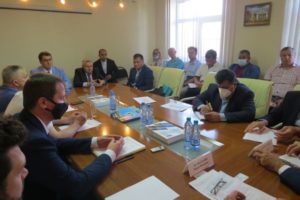