The business contacts between Novosibirsk and Chinese enterprises will be extended

On May 15, Novosibirsk entrepreneurs met with the Chinese delegation headed by the Deputy Secretary-General of the Administration of the People’s Government of Karamay, Xinjiang Uyghur Autonomous Region of the People’s Republic of China Mr. Yan Lijun. The business meeting took place at the Novosibirsk City Chamber of Commerce and Industry.

From the Russian side there were the Deputy Chairman of the Novosibirsk City Chamber of Commerce and Industry Board, the President of “Aviatechsupply” Vladimir Kostin, the director of foreign economic activity of the International center “Sibir” Alexander Melnikov, director general of “Alpha Group” Ludmila Mikhailova, director of “Scheben” Sergey Yakovlev, the deputy director of “Siberian Arsenal” Leonid Feldman, the director of “Trajectoria” Maksim Krasilnikov and other entrepreneurs.

The head of the Chinese delegation Mr. Yan Lijun presented the economic potential of Karamay city. He mentioned that the base of the city’s economy was oil production and processing, but the other fields of economy such as trade, agriculture, science and technology, innovations were developing too and the Chinese business was also interested in them.

During the meeting representatives of Novosibirsk and Chinese companies received the opportunity to talk in detail about their products and services, took part in b2b negotiations and exchanged the contact information. 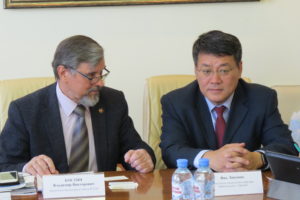 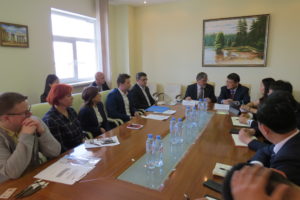 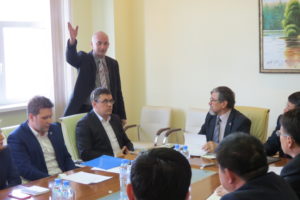 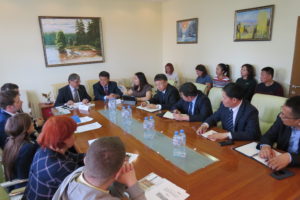 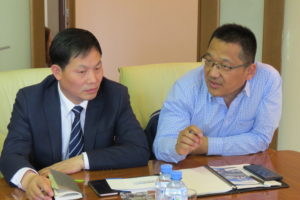 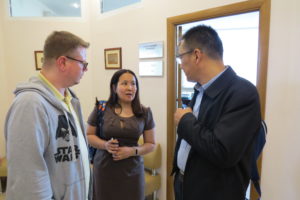